I have heard some people downplay the importance of Christian schools on the mission field.  Some churches only support “church planting” missionaries, and do not see the value of training the next generation through the use of a Christian school.  Well, obviously, I totally disagree with that view point, and feel that the only way we are going to turn a nation into a Christian nation, and influence the next generation of leaders is through Christian education as overseen by a local, national church. 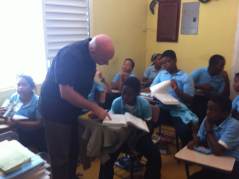 school on the foreign field.  Obviously in a country stricken with poverty, such as the Dominican Republic, it is sometimes hard to get people to see that they need to be giving sacrificially of their money to the local church.  Not because they are greedy or selfish, but because they have not been trained Biblicaly that God requires a tithe from us.  Well, this week in English class (yes, English class, not Bible class, we integrate Biblical truth into all of our lessons and subjects) I was teaching irregular, past tense verbs.  Well, when I got to the words “steal” and “stole”, I asked my students how many of them got an allowance from their parents.  Most of the kids raised their hands, but most of them had never considered giving any of that allowance to God.

Now maybe you do or do not believe in the 10% tithe, but I believe that it is the bare minimum that we are to give. I personally believe we should give well beyond the 10%, but the 10% is a good starting point.  So I proceeded to take them to Malachi 3:8 where it says

Will a man rob God? Yet ye have robbed me. But ye say, Wherein have we robbed thee? In tithes and offerings. 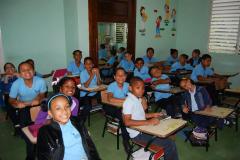 I asked them if they realized that they were “stealing” from God if they were not giving back part of their allowance.  It got very quiet in the room, but then to my surprise, I received a flurry of questions from many students trying to gain a better understanding of this principle.  I did my best to sort through the many questions and by the end of the class, I really felt like many of them really started to understand what it means to give to the Lord.

Well, I didn’t think much else of it until today as I was sitting in church, I saw one of my students, named “Jose” walk in.  Jose’s family does not go to church anywhere as far as I know.  Most of the time when I see him at church he is all by himself, and usually walks or catches a ride with another missionary family that lives on his street.  He doesn’t come very often, so when I saw him today it kind of caught my attention.  I greeted him and let him know that he could sit with us if he wanted.  He ended up sitting just down the row on the other side of Julia and as the service progressed, I could see him getting a little antsy.  I wondered what was going on, but he seemed okay, so I went back to singing.  A couple minutes later, I saw him stand up and reach into his pocket.  He pulled something out and sat there with it clinched in his fist.  I figured he had brought some sort of a toy from home or something, so again, I went back to singing.  Once it was time for the offering, I saw him once again acting like he had ants in his pants.  As the offering plate got closer to our row, it finally dawned on me that he had brought an offering with him to church.  He was so excited to be putting it in the plate that he could hardly stay seated.  By the time it was to the row in front of us, he could not be contained any longer.  He stood back up and tried to reach through the people to place his offering into the plate.  Julia saw what was happening and helped him to wait for it to be passed down our row. 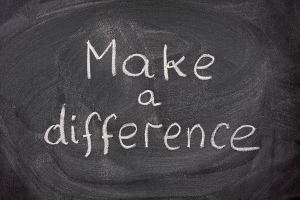 Folks, that’s what its all about.  Jose wants to do what is right, but he needs someone to help him figure out what that is.  In the Christian school, I see him 5 days a week.  If we only had church with no school, I would see him maybe 5 days a year.  The amount of time that we can spend with these children in the Christian school is an incredible tool in reaching and teaching them to be more like Christ.  So next time you hear someone questioning the effectiveness of a Christian school on the mission field, tell them “NO WAY, JOSE!!!” .

We would love to hear your feedback or questions! Cancel reply

Faces of the Dominican