As Americans, we want it! . . . and we want it NOW!  That is the way we are trained. . .we are trained to be impatient.  Don’t have the money?  No problem, just charge it . . . 6 months, same as cash!  Don’t have the time?  Order it online and have it delivered!  Don’t have the space?  Lease a storage unit!  It seems like everywhere we turn there are alternatives to help us get what we want, and get it RIGHT NOW!

Unfortunately, many times we expect God to work the same way.  We tell Him what we want, and we expect Him to deliver it RIGHT NOW!  Many times if He doesn’t, then we lose faith and even sometimes just give up  and quit asking.  This is a problem, especially when the requests are serious and need an answer . . . like the salvation of our friends and family.

Many of you remember us asking for prayer for our friend “Shany” and her need for salvation.  We first met Shany 4 years ago when we started our “Brownie Night” ministry.  She was one of the first people outside our church that came to Brownie Night.  She also began coming to church and youth group, but we all knew that she was not yet a Christian.  She told us several times that she wanted to accept the Lord as her Savior, but she was afraid that her Roman Catholic family wouldn’t understand.  She was afraid that accepting Christ would leave her alone and without family.  We shared verses with her and let her know that sometimes following Jesus can cost us things on this earth.  We let her know that Jesus is a friend that sticks closer than a brother.  We did everything we could do, humanly speaking. . . she just wasn’t ready.

It was at that point, almost 3 years ago, that we started to intensely and earnest pray for her.  We enlisted many of you to help us pray for her.  We still get people checking in on her from time to time to see if she has gotten saved yet.  It has been very encouraging to us to know that so many of you care so deeply about our ministry and the people that we love and minister to here.  Unfortunately we had to continue to report back to you to keep praying, because not only had she not accepted the Lord as her Savior, she also, about 2 years ago, had stopped coming to church.

It was a hard time in her life.  She had graduated from high school and moved from the youth group (where we serve) to the college and career class.  She never really got connected and involved after moving up to the other class, and became very busy with college and work.  It was very sad to see her stop coming, but we still continued to pray for her, as did many of you.

About a month or two ago, I (Steve) saw her walking down the street with a guy, who I supposed was her boyfriend.  I did what any good Dominican would do, and slammed on my brakes and held up traffic while I spoke to her through the window.  (Dominicans are VERY relationship oriented, and take every opportunity to greet and speak to each other, even if it is in the middle of the busy street).  I told her that we missed her and that we would love to see her come back to church soon.  I invited her to our big Easter cantata that next Sunday, but I had to move along and get out of the middle of the street, so I didn’t have much time to talk.  *(When Julia proof read this, she began to cry and said, “I didn’t know you invited her . . . I also saw her walking that week, maybe even the same day, and I stopped and gave her an invitation to the cantata.”  Isn’t it amazing how God works sometimes?  We hadn’t seen her for months, then in the span of one week, we both invited her to the same event that neither one of us knew the other one had invited her to until today.)

We were so happy when we saw her and her boyfriend walk into the church that Sunday!

She just has one of those faces that you can’t help but love and she is such a sweet and caring girl.  We spoke with her afterwards, and she told me how much she enjoyed the cantata, and how much she missed being at church.  We encouraged her to come back and get involved with the college age class that meets on Wednesday nights at our assistant pastor’s home.

That Wednesday morning, I got a text from Shany asking for directions to Pastor Miguel’s home.  I was so excited!  Pastor Miguel’s wife, Noemi, works at the school with me, so I ran over to her office, and gave her Shany’s number and told her to call her to let her know the details and directions.  Noemi tried to contact her, but there was a problem with the number or something, so Shany messaged me again at about 6:15 saying that she had not heard from her yet.  I told Julia about the situation, and we decided that the best thing was for us to go pick up Shany and take her to Bible Study ourselves since it started at 7:00.  Julia went to pick her up, and drove her to the Bible Study where she connected with the group.  She has been faithfully attending the group ever since, as well as attending church when her work schedule allows her to.

Which brings us to this morning.  Today is election day in the Dominican Republic, so our pastor preached a message on a Christians relationship to the government, and he showed a video that pretty graphically showed the persecution that early Christians endured under Nero in the Colosseum.  Today, everything came together for Shany.  She finally came to the point where God moved in her heart to show her that even though persecution may come and even though her family may not understand, she was ready to follow Jesus and accept Him as her personal Savior.  She found Pastor Miguel’s wife after the service and told her that she wanted to get saved!  Noemi prayed with her and she accepted the Lord!  Praise the Lord, He answered all our prayers from the past 4 years!  Shany is now our sister in Christ!  As I write this, there are tears in my eyes. . . tears of joy, because God once again showed Himself faithful. 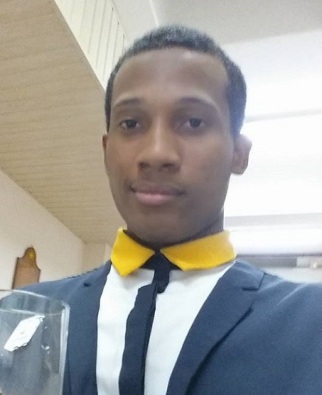 While this is a great victory, we still need to keep praying for Luis.  He has a very similar story to Shany, and we have been praying for him for 4 years as well, but he still needs the Lord.  Will you join me in continuing to pray for Luis?  Because of his job, he has moved to a resort city about an hour and a half away, so we only see him about once every month or so.  He is very close to accepting Christ as well, but there are some things holding him back.  Pray that God makes Himself real in his life, and he accepts Him as his Savior soon.

We would love to hear your feedback or questions! Cancel reply

Faces of the Dominican